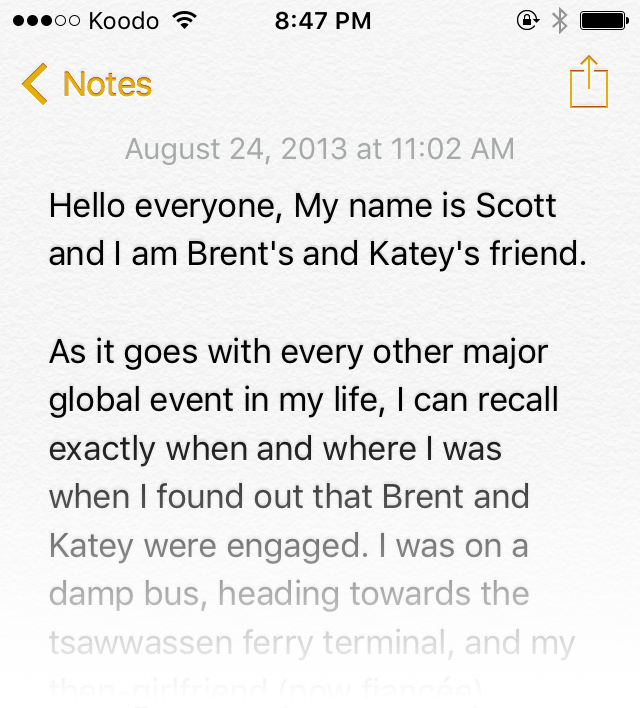 A speech from the wedding of two highschool sweetheart friends of mine. They were the first of my peers to get married. I misspoke at the barbers the day before and had a haircut I didn't like. Someone said I looked like Macklemore. 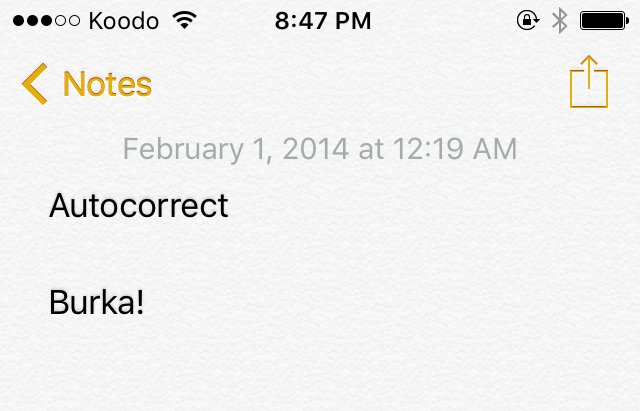 I had a project idea once where I'd take people's text-message autocorrect mishaps and try and illustrate them literally. During a hockey game, my friend Hal received a text from another friend after a particularly impressive play by then-Canuck Kevin Bieksa. The text had meant to just say "Bieksa!". I figured I'd draw a hockey player in a burqa. Maybe I'll still do this project. 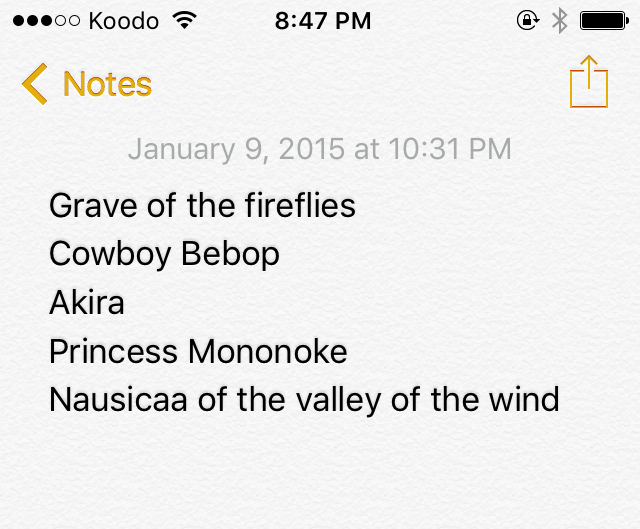 A list of Japanese animated films recommended to me by my friends Will and Mel outside Lucky Bar one night. I haven't yet watched a single one of these movies. Don't bother me about it, I know they are good. Let me live my life. 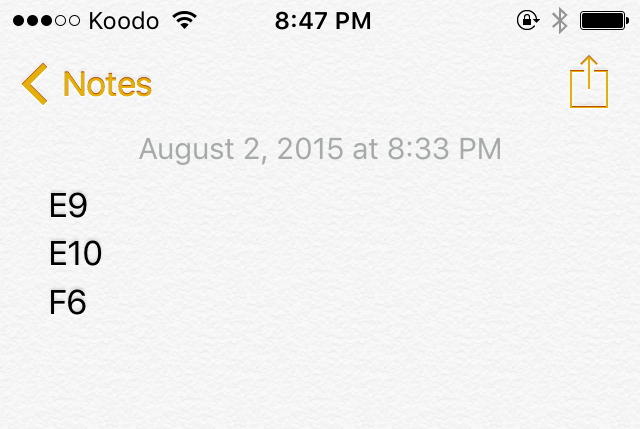 These are, in my opinion, the most desirable sites at Kalaloch Campground in Olympic National Park, Washington.

This is the line that Bill Paxton wails in the film Aliens after the crew's ship crashes, stranding them on a planet full of aliens. Before watching the film I knew this only as the short audio clip that played over the "Game Over" screen of Maelstrom, an Asteroids-eque game for the Mac which my father would play incessantly in 1993. To this day it is the only computer game I have known him to play. When Bill Paxton (R.I.P.) uttered the lines in the film I instantly made the connection, and was overcome with a powerful wave of childhood remembrance. I became very excited and wrote the words down so I wouldn't forget to tell my family. 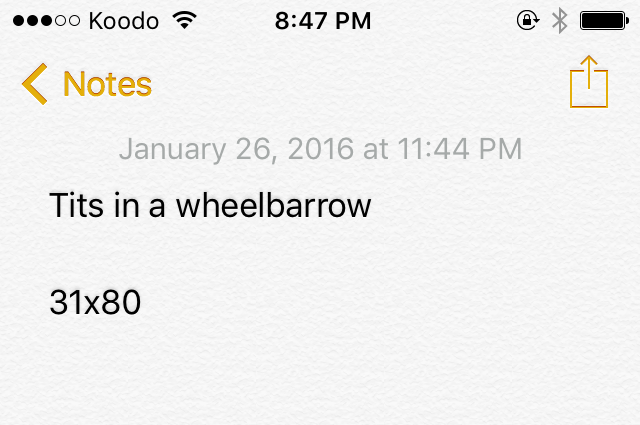 I used to work in the kitchen of a local vegetarian restaurant, and shared the super early breakfast shift with a man named Ashley. We worked in separate but connected rooms, me handling the breakfast line and him doing prep for lunch and dinner. I found the shift very stressful, and he was relentlessly chatty. When we ran into each other last year, he told me his strongest memory of our mornings together was this: he was trying to convey to me his preference in women, and I was able to articulate his tastes perfectly with the words "tits in a wheelbarrow". He has carried these words with him ever since. I have absolutely no recollection of any such conversation.

The numbers are the depth/width dimensions of the shelves I built and installed in our apartment utility closet. 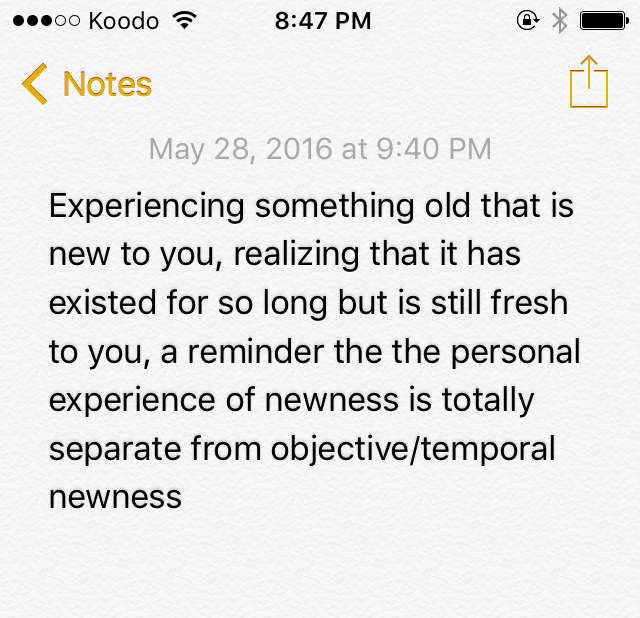 All I can presume about this one is that I thought it would inspire a journal entry of some kind. I cannot remember what life observation compelled me to write this down. I'd guess that I'd written it during one of the two times I was stoned in 2016, but the dates don't add up so I don't really know what to say. 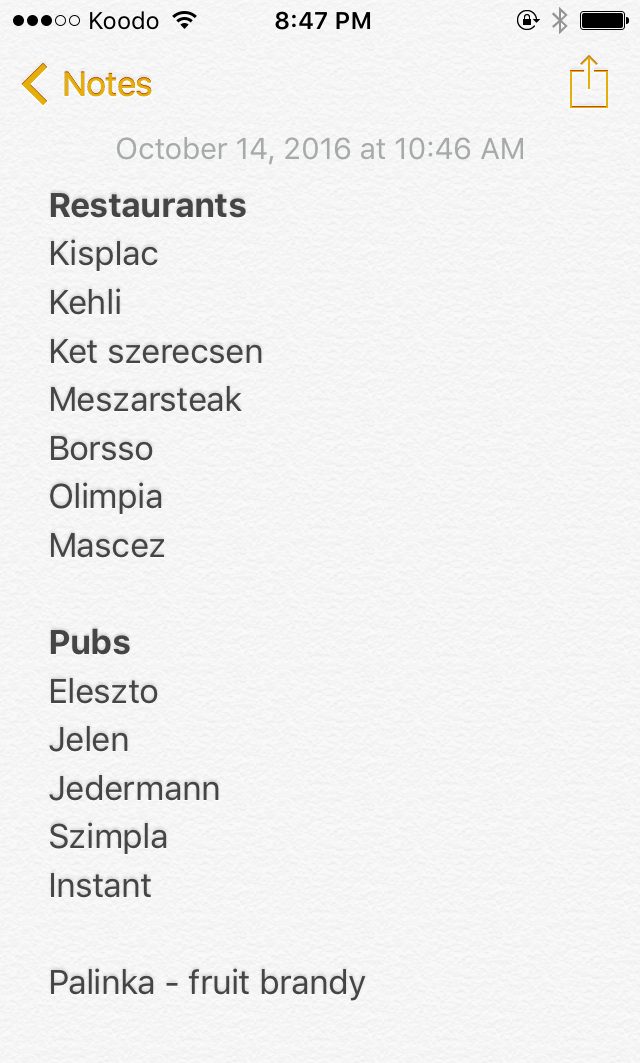 A list of recommendations for Budapest passed on from my friend Ed. For the duration of our visit my wife and I referred to it as "Ed's List". Ed has great taste.

Palinka is indeed a fruit brandy. Eastern Europe really has their shit figured out when it comes to fruit brandy. 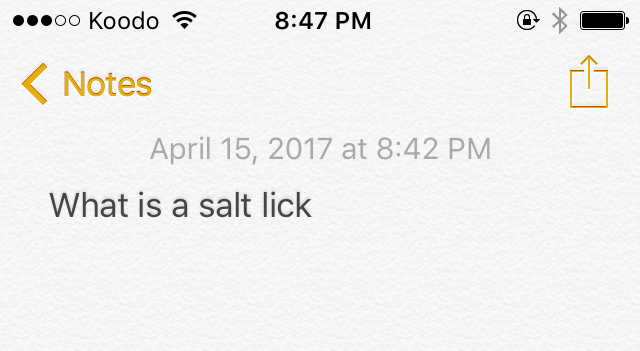 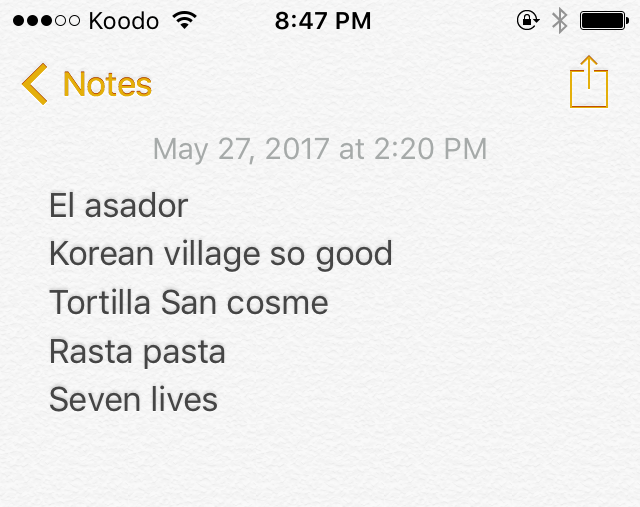 A list of food recommendations for my time in Toronto, dictated to me by members of my friend's softball team, still glowing from their win (on a technicality) a two days before. I had a great sandwich at Tortilla San Cosme, and someone complimented me on my backpack in the bathroom. 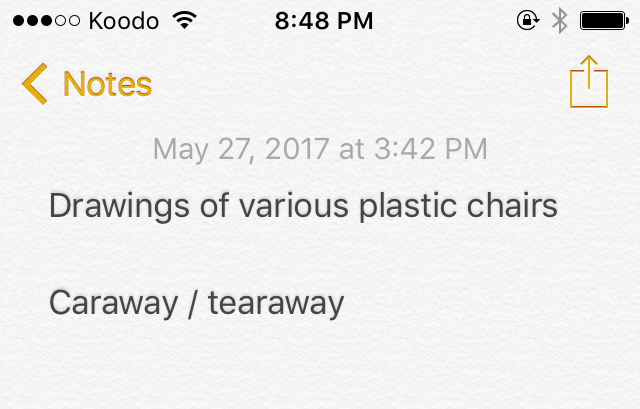 The first part is an idea for a visual art project. I drew a lawn chair once and though it turned out well, so I might do a series. They will be my soup cans.

The second part is just a really solid pair of rhyming words. 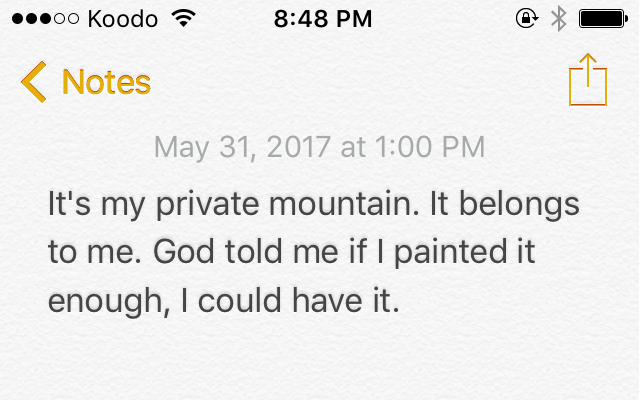 This is a Georgia O'Keefe quote I enjoyed from her retrospective at the AGO. She was referring to the mountain visible from her home in New Mexico. I subscribe to this worldview one hundred percent. 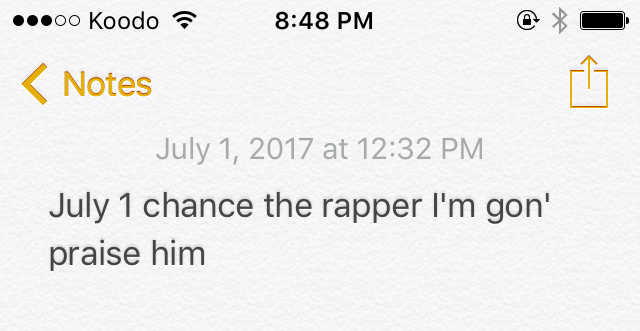 Gotta keeping track of those wakeyjams while you're camping!