Nothing personal but the Gorge-Tillicum area of Victoria, BC does not have much to offer a person working irregular shifts at a restaurant and who therefore has a lot of midday hours to kill. For example, if I wanted to get out of the house and walk to a coffee shop, I had two options available to me:

Don't get me wrong, if you are a fan of dead lawns, or stucco, or the sad parking lots of bingo halls, maybe you would enjoy renting an apartment here, but these are things that don't float my boat to be honest.

(Granted there are plenty of valid reasons why a person might love living in the Gorge-Tillicum area of Victoria, but I'm trying to be divisive for once, ok?)

In spite of this (or because of it?) whenever I craved fresh air I would snoop the streets with a film camera, in a futile hunt for things to photograph. Over the hours of wandering, the most engaging thing I found may be this tree covered in chewing gum. Pretty riveting stuff. 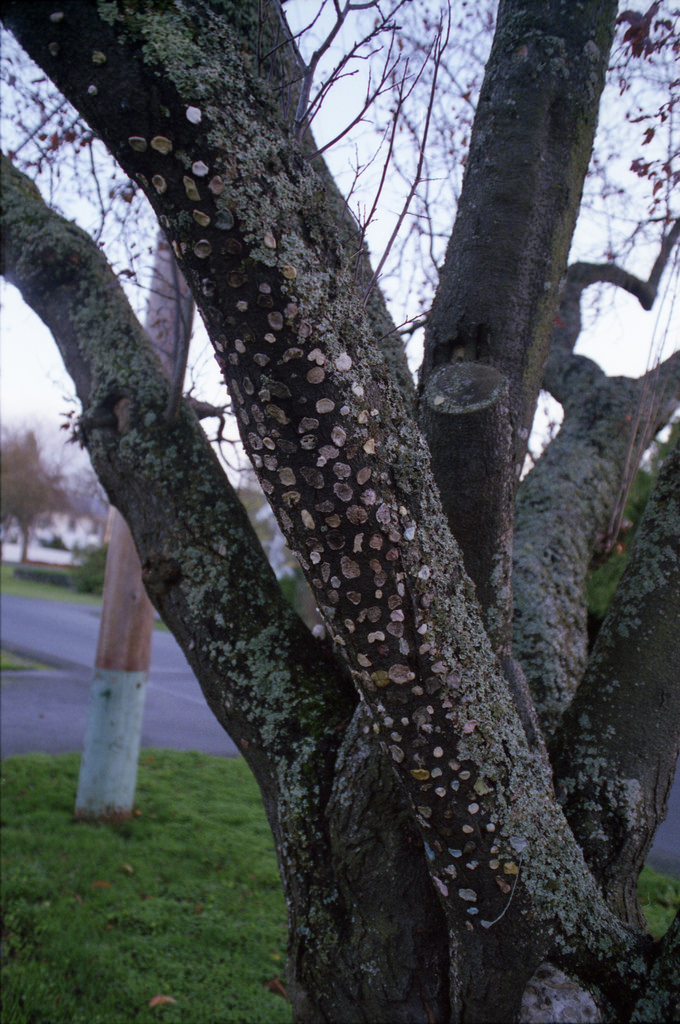 In addition to the gum trunk, I took a photo if this house. 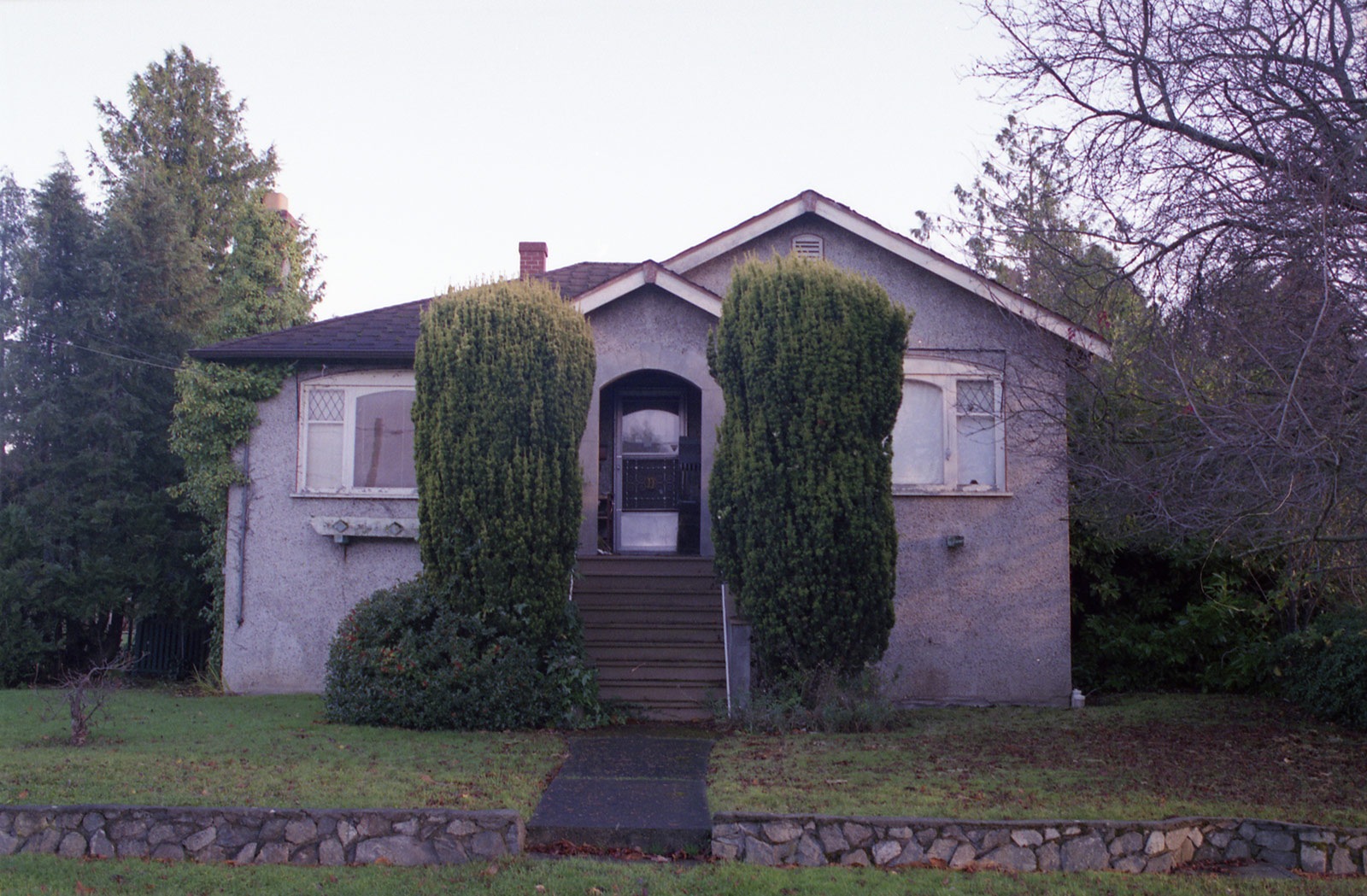 It's on a large corner property two or three blocks from our apartment, and I thought the thick shrubs against the sparseness of the building itself gave it a unique tone. It would be well-suited as a backdrop for a film about childhood regret. It stands out in the way a sombre, elderly English professor might stand out among a group of other younger, more mundane english professors, some of whom have been previously raided by the drug squad.

For no real reason I made a painting of the photo of the house one afternoon, and put it in a thrift-store frame: 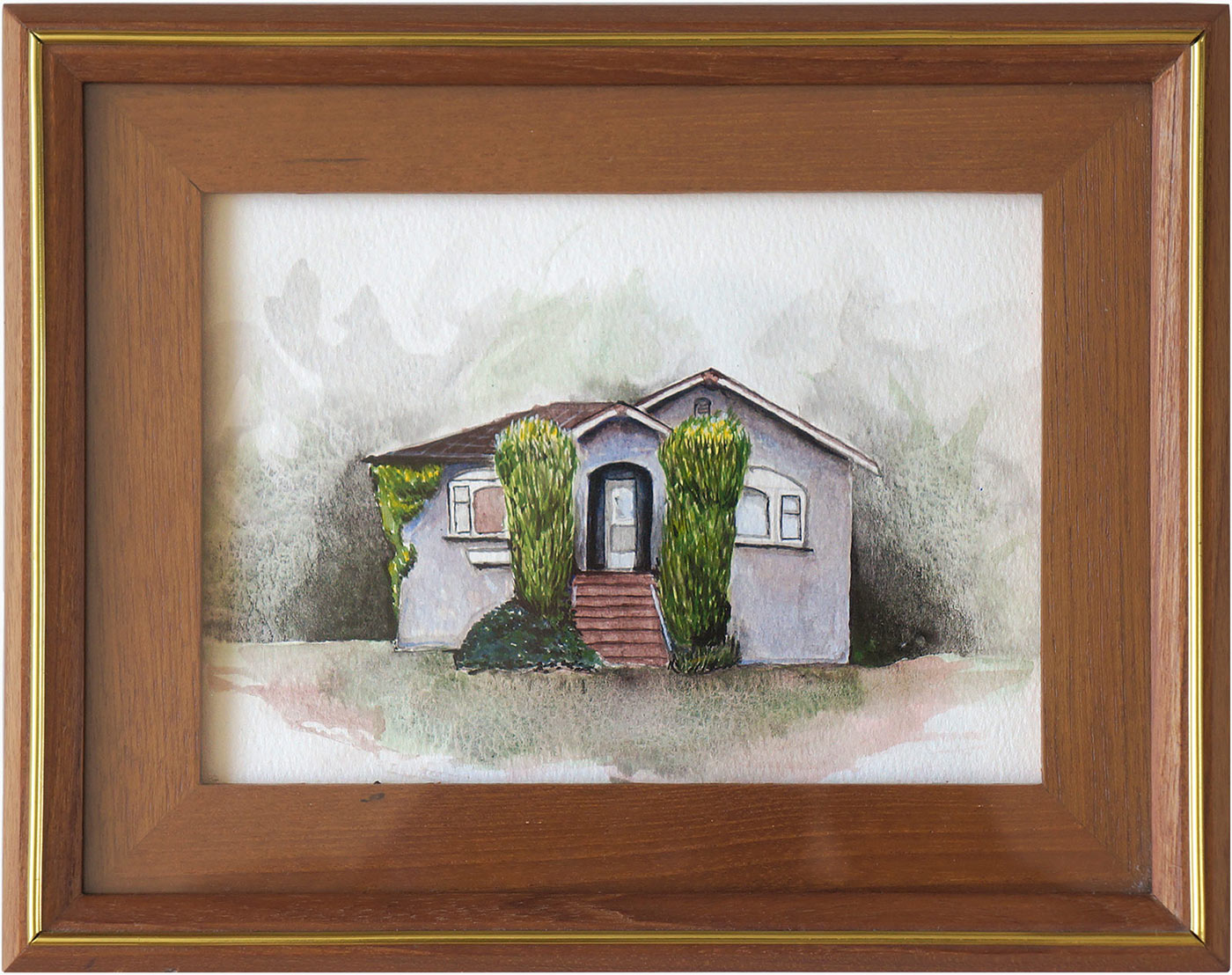 And this acrylic painting has been sitting next to our television for the past five years, across multiple de-cluttering initiatives and two separate moves. Despite its longevity it has been largely ignored by myself and my wife, and has sparked a total of zero conversations.

This weekend I put a post-it note with a URL on the back, 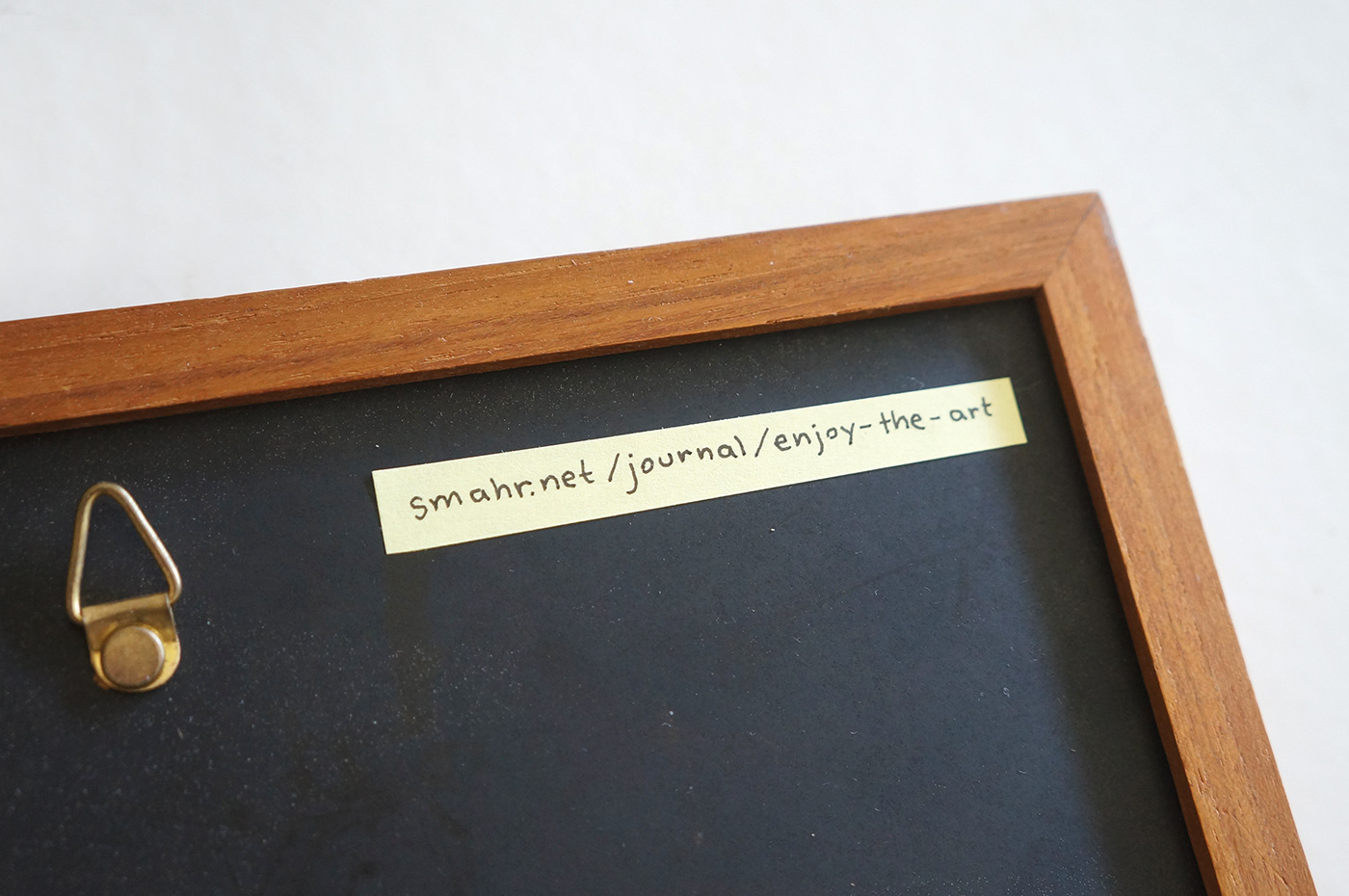 And packaged it up. 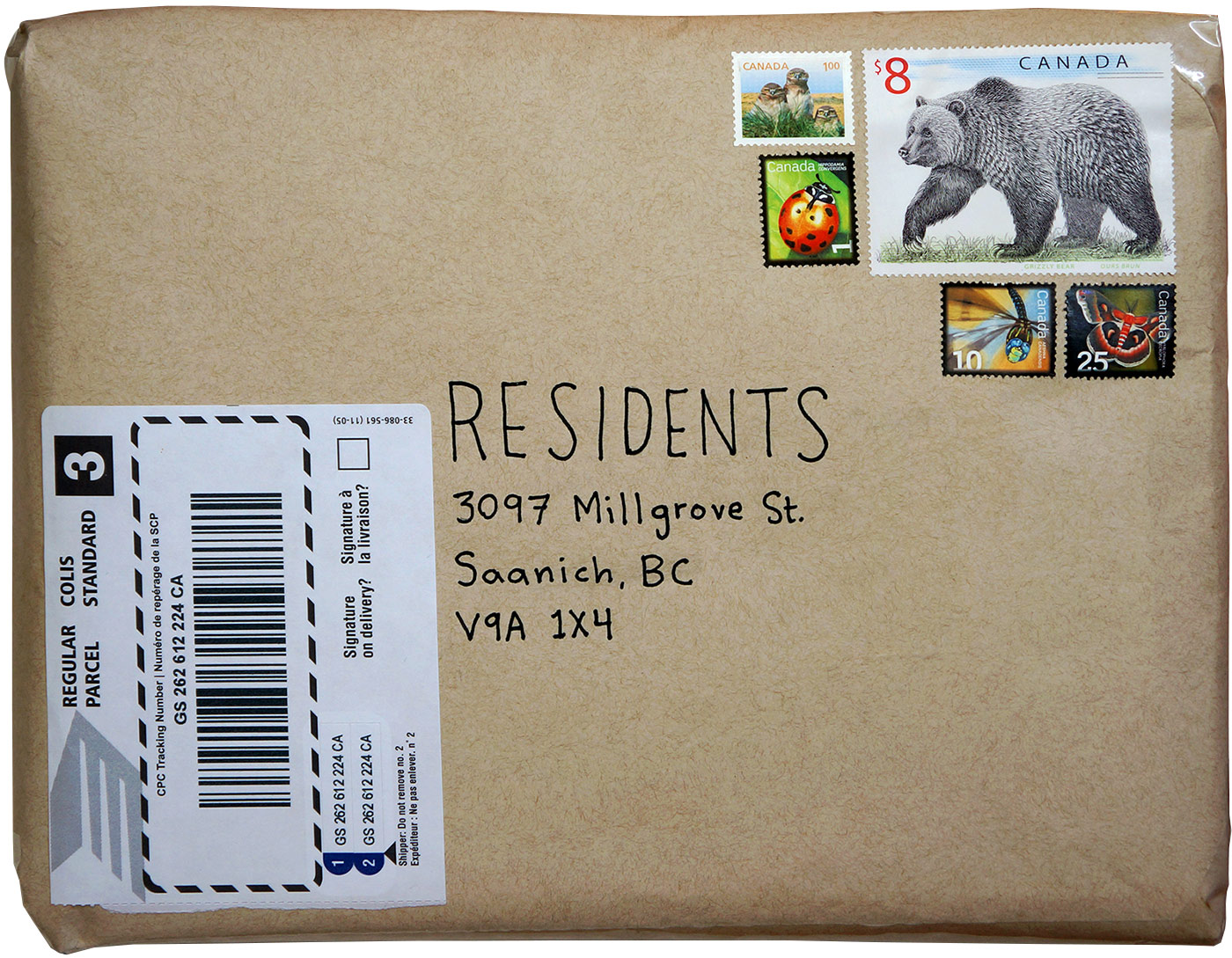 My original idea in sending this package was to surprise the residents of a drab home with a small painting by a stranger. However, in my Street View exploits trying to figure out the above address, I learned the house I painted has since been torn down and replaced by a newer, larger residence. These new owners likely have no emotional attachment to the building that captivated me ever so mildly those years ago. Who were its last residents? Where are they now? Was I the last person to ever photograph it? Why do people buy those stoves where it's all one piece of glass on the top? Too many questions.

So I must pivot slightly, and this package becomes a little knick-knacky ghost house, sent through the mail to haunt its replacement. Maybe the family on the receiving end, the happy new residents of a 3400-square-foot fortress in the middle of Gorge-Tillicum, are reading this now. Enjoy the art. Don't worry, you are allowed to throw it away. Sorry for making fun of your neighbourhood.